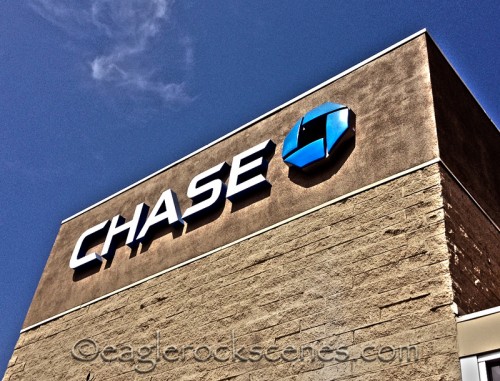 A slight reference to a mention in yesterday’s post. 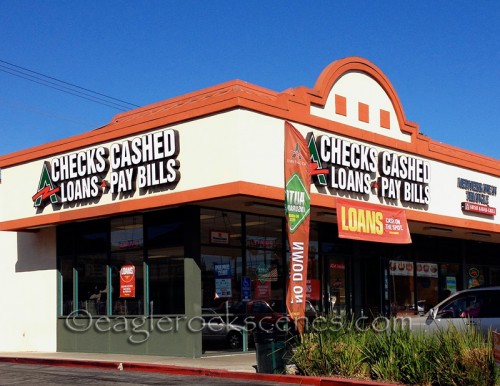 Although Eagle Rock likes to emphasize its small town neighborhood feel, nice restaurants and fun boutiques, it’s not all young professional families and graying-at-the-temple hipsters. It’s still rough around the edges with a number of ugly strip malls and businesses that some might consider dodgy, like this check cashing place — the kind of place that charges such a high rate of interest it’s hard to get ahead, for the people who live paycheck to paycheck and can never scrape together enough money for a bank account (ironically, until recently, our local Chase was just a few storefronts down). There are lots more of these in poorer neighborhoods, but we don’t escape them altogether. 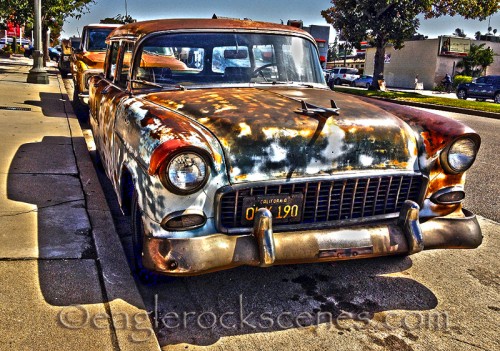 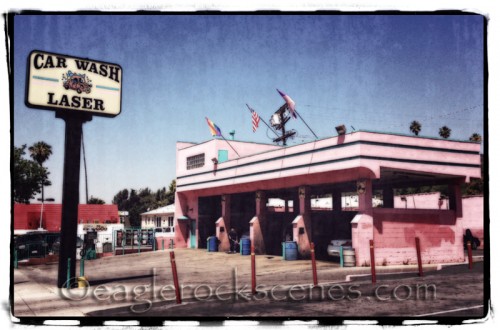 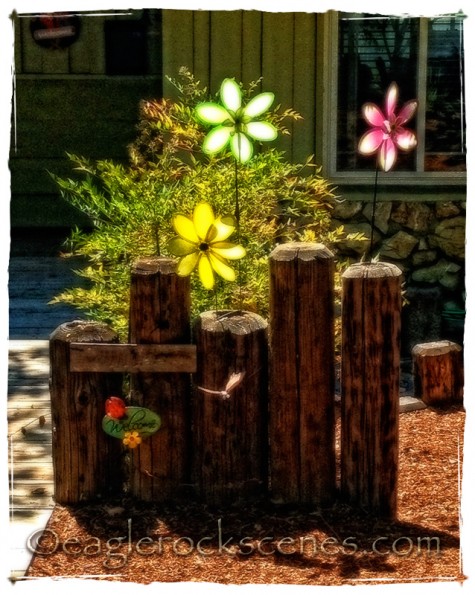 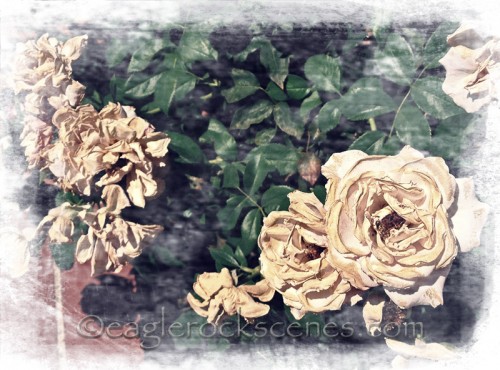 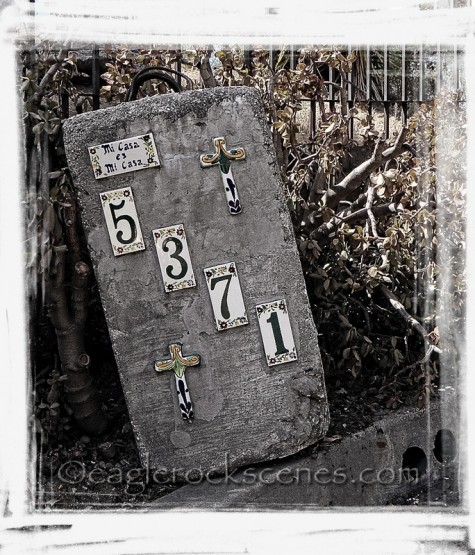 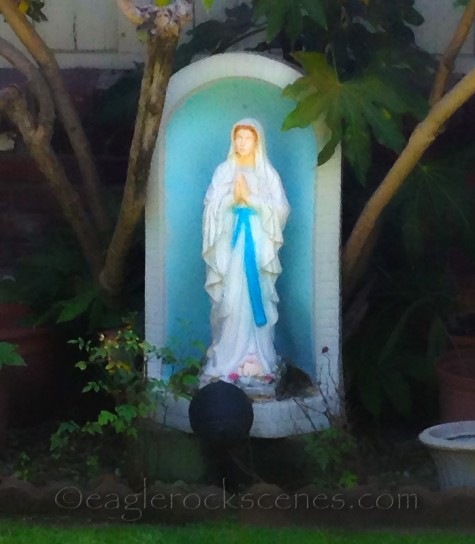 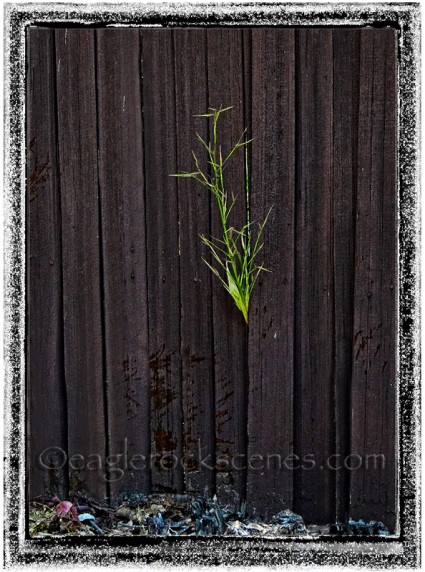 This weed looks like it is trying to escape through this wooden fence.

I’ve photographed the Cindy’s restaurant sign a couple of times, and both times I relied heavily on a photo software I have called Perfect Photo Suite from OnOne Software for the finished product. It’s used by a lot of commercial photographers — wedding, portrait and other photographers who need to turn out great looking product in a short amount of time. While I’ve played around with most of the tools, and many have made an appearance in my finished photographs, the one I use most often is Perfect Effects. You know all those fun photo apps that you can use to add effects to your iPhone photography? Imagine that on steroids, fully manipulatable, with the ability to create your own presets! Right from the start I began layering effects on my photographs, and combined with Photoshop, I’ve turned some of my photos into something they never imagined they would be. Such it was with this photo I took of the Cindy’s Restaurant sign at sunset: 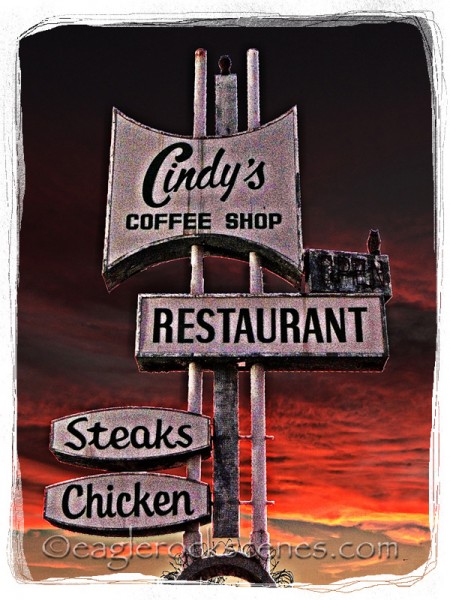 Here was the original. I loved that sky, and I love the Cindy’s sign, and I knew that even though I couldn’t do right by both in the camera, I could certainly create something later on at home. 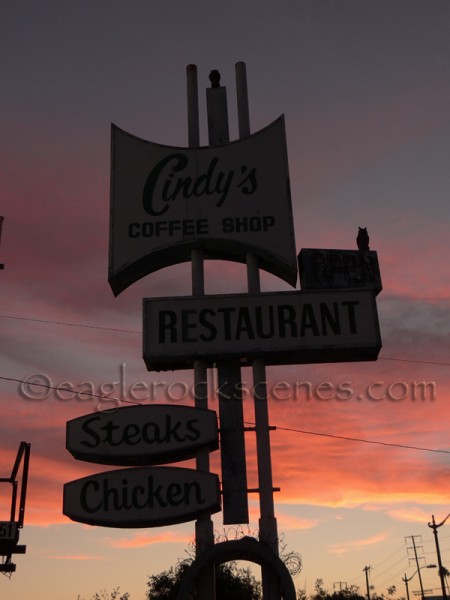 First I did the usual — I removed all the distracting background elements, mostly using the content-aware healing brush spot tool and the clone stamp. Then things got interesting. I masked the sign — I was as neat as I could be but not too neat. For one thing, it was late, for another thing, I thought the imperfections would add to what I had in mind for the finished product. Then I did some heavy duty lightening on the sign, and then inversed the mask and darkened and did some color adjustment to the sky, pretty much reversing what you saw in the original photograph. 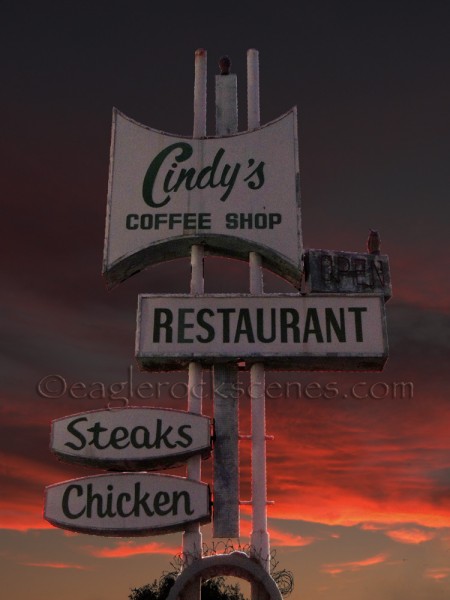 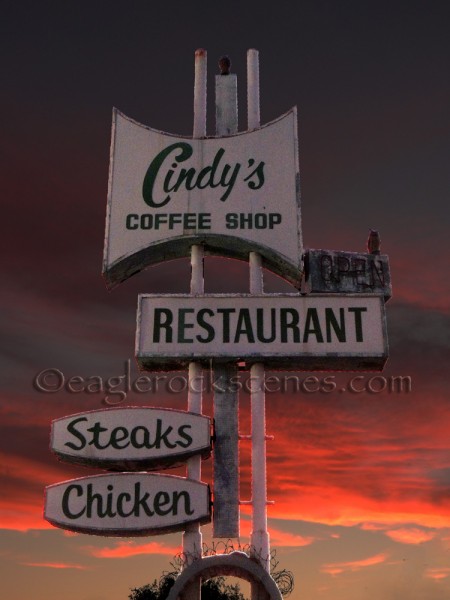 I thought it could use some more punch so I added an effect called Daily Vitamin, which is geared to do exactly that. 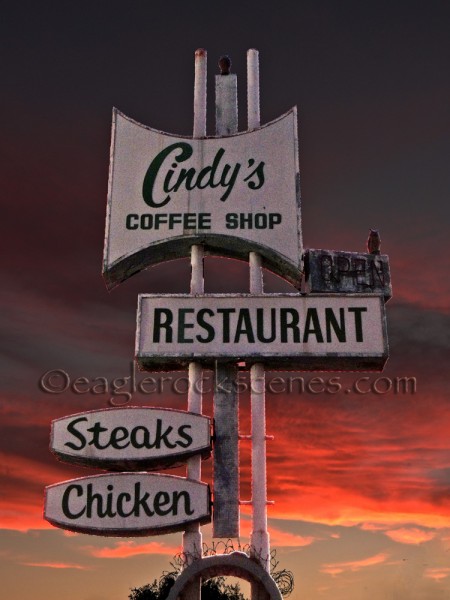 So I had the photo pretty much where I wanted it, exposure and color-wise. Now it was time to have fun! I added an effect called “Enter the Dragon,” which gave the photo a much edgier feel. 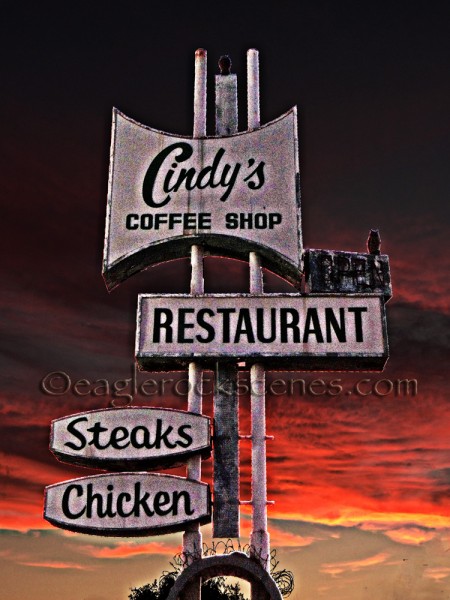 Lastly I added one of my favorite Perfect Effects filters, Punch Drunk, which gave the photo an extra kick. 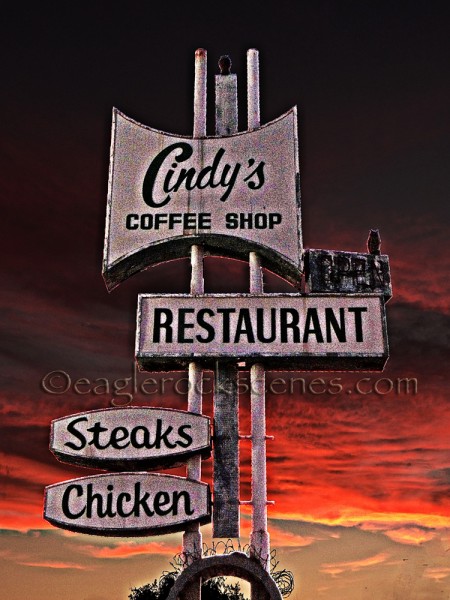 I added a frame from PhotoFrame (another part of Perfect Photo Suite) and I was done. I this particular instance, I used all the effects at full strength, but you can also dial in how much you want of any effect, or add any number of options, like vignettes, glows, blur, etc. It would be easy to spend all day just messing around with one photograph. I had an idea of what I wanted this particular photo to look like and I stopped when I got it.