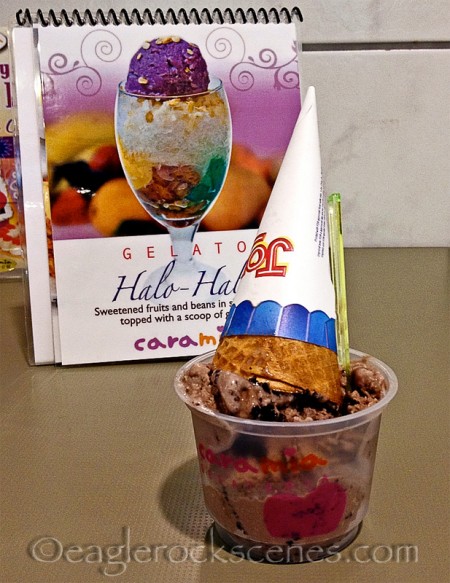 We’ve been having pleasantly warm weather in southern California, so I used this week’s Photo Hunt theme of Scoop as an excuse to visit the Eagle Rock Plaza and have a scoop of cookies and cream gelato at Cara Mia. They gave it to me in a cone, but I wanted a cup and they conveniently solved the problem by sticking it upside down in a cup.

Cara Mia is a Filipino chain of gelaterias that began making inroads into the U.S. last year, starting with the Eagle Rock location — a logical locale, considering our large Filipino community and the large number of Filipino shops in the mall. So how was the gelato? It wasn’t the best I’ve ever had (I think that was at an awesome place some friends and I found in Denver, CO during a BlogPaws conference). But it was still good! And yes, I did eat the cone.