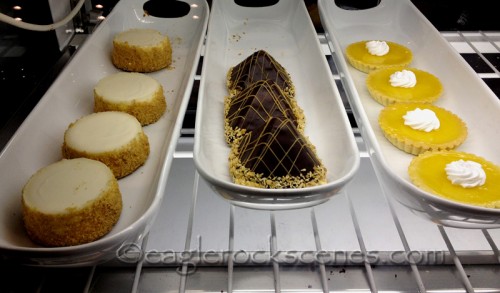 I had not been to the Coffee Table for a while, but visited it the other day and discovered they had a counter full of desserts I hadn’t seen before! Little tarts, cheesecakes and delicacies just the right size for two. We didn’t get dessert that day, but I went back later in the week to pick one up. After all, I needed something for this week’s Photo Hunt, right? Can you guess which one I picked out? 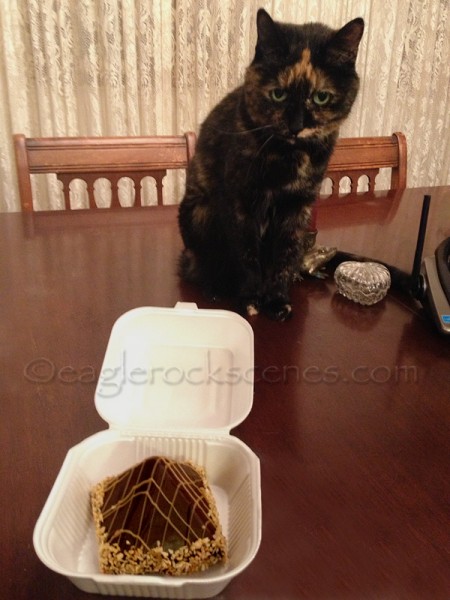 If you knew me, you would have guessed right — the exotic-looking pyramid in the middle! It’s a chocolate banana mousse. And no, our kitty Binga was not allowed a taste — chocolate is bad for cats! She does look disappointed, though, doesn’t she?