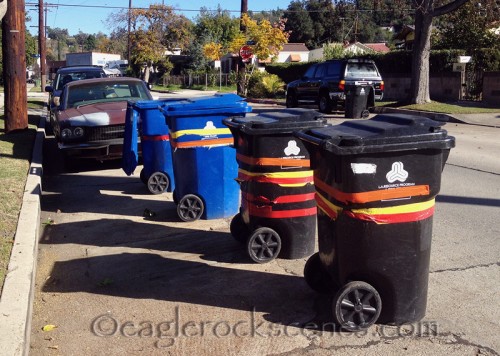 About three and a half years ago, as part of The Eagle Rock Association commissioned local artists to turn 20 trash cans into works of art. It was called the “Make Art Not Trash” program. This trash can is in front of Eagle Rock Center for the Arts, where the panels were on display before being affixed to the receptacles. 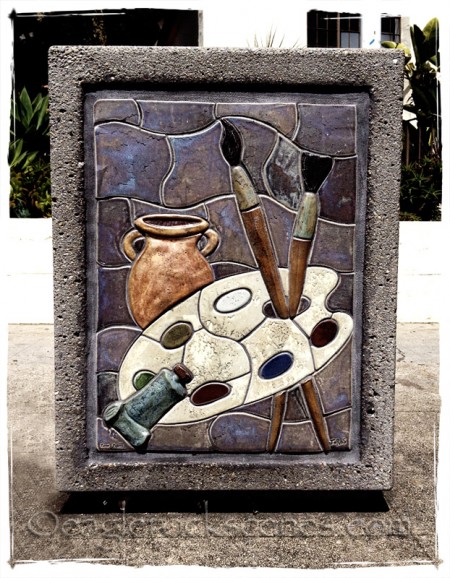 This one is in front of the Women’s 20th Century Club, one of our oldest and most beautiful craftsman buildings. 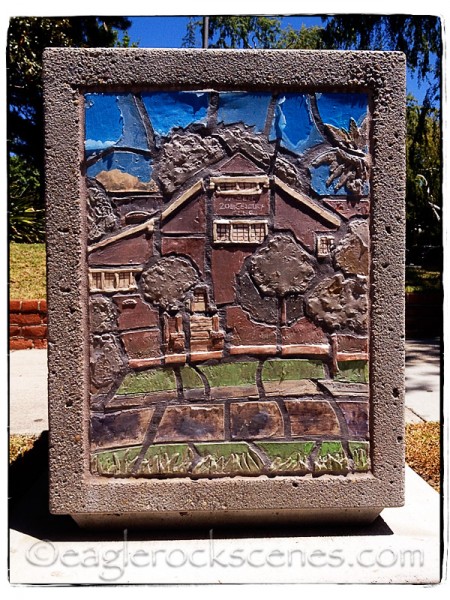 These are just a couple of panels — there are 80 in all on 20 trash receptacles. And maybe they are too pretty to be called trash “cans,” but it’s been too hot to do much shooting!